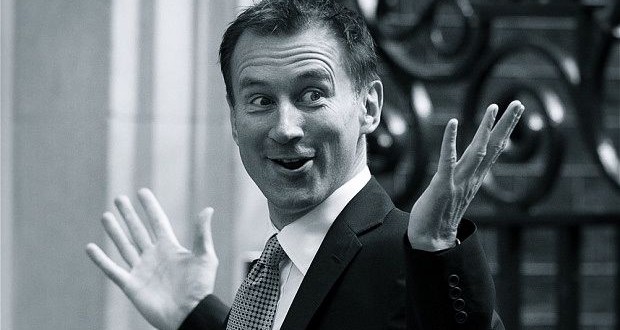 Department of Health response to my email to Jeremy Hunt: the smell of rotting fish

Yesterday I received the following email from the Department of Health. It alleges to be a reply to my email of 8/9/13 to Jeremy Hunt (see previous post). It does not address any of the concerns I raised in that email. It is quite random, though it does contain some worrying messages, no doubt unintentionally.

Thank you for your correspondence of 8 September about the pilot scheme to remove GP boundaries in six primary care trust (PCT) areas. I have been asked to reply.

Where a patient chose to register with a GP away from the area in which they lived, any urgent or immediate care was be the responsibility of the PCT for the area where the patient lived. When registering, it was made clear to patients that they may be contacted to discuss their experience of being registered with a GP practice under these arrangements for the purposes of evaluating the arrangements. Participating practices and PCTs were also interviewed. An evaluation report has now been received by NHS England and is receiving consideration. Following that consideration, a decision will be taken on whether to extend the arrangements across England.

I hope this reply is helpful.

I will be sending another email to Jeremy Hunt. In the meantime, it is worth noting that the DH official says that an evaluation has been carried out and the results sent to NHS England and is receiving consideration. Now this is surprising because the DH announced a year ago that the pilot would be extended by six months due to the chaotic first six months of the pilot. This would have meant that the pilot would have ended now, in September 2013. At this point, now in September, the evaluation could have been carried out. Instead we are told it has already been carried out. I smell the stink of rotting fish.

Another worrying message is this: the evaluation has looked at the experience of the (very few) patients who have participated in the pilot. Now of course they will say it suited them down to the ground. Practices will have been interviewed about their experience. I wonder what questions they were asked. PCTs have been interviewed: now this I very seriously doubt since PCTs disbanded in April 2013. And did they interview Tower Hamlets PCT and City & Hackney PCT, and ask them why they boycotted the pilot?

Worst of all is the fact that the evaluation is a sham as it does not evaluate the policy itself; the methodology itself is rigged to give them the outcome they wish, and to hide the very real problems that beset this brain damaged policy.

Shame on you Department of Health, shame on you Coalition Government.

No responses to “Department of Health response to my email to Jeremy Hunt: the smell of rotting fish”