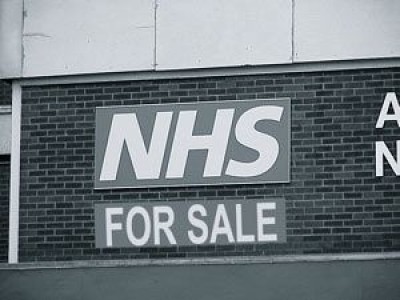 The irreversible process of privatisation of the NHS

Subsidiary to the Health and Social Care Act 2012

The regulations include the following:

1.    Section 3: Commissioners are not permitted to discriminate between providers on the grounds of ownership (s3(2b)). Those CCGs that believe they can opt out of involving private sector providers are blocked by this: it will be illegal for them to do so, no matter what their constitution says.

Commissioners must offer patients a choice of provider (3(4c)), and the providers must be enabled to compete (3(4b)).

2.    Section 5: Under s5, the only circumstances under which it will be legal to appoint a single provider instead of  tendering the work out (or using AQP for low-value services) is when either:

“(a) for technical reasons, or for reasons connected with the protection of exclusive rights, the contract may be awarded only to that provider; or

(b) (only if it is strictly necessary) for reasons of extreme urgency brought about by events unforeseeable by, and not attributable to, the relevant body, it is not possible to award the contract to another provider within the time available to the relevant body for securing the provision of the services.”

These circumstances are clearly going to be rare; furthermore they are examples where competitive commissioning would anyway be impossible for legal or practical reasons. Hence overall the position is that the NCB and CCGs must always use competitive commissioning when the services it inherits need to be retendered or when the Secretary of State for Health requires new service areas to be put out to tender, as he has been doing periodically.

3.    Under s7, where AQP (Choose and Book: http://www.chooseandbook.nhs.uk/ ) is used, commissioners are blocked from excluding would-be providers wanting to be included on the list, as long as the maximum number of suppliers has not yet been reached (so it’s first come first served for AQP providers).

The NHS Choices website is the portal for AQP. Patients are provided with a variety of pieces of information including user ratings, as here: http://www.nhs.uk/Services/hospitals/ReviewsAndRatings/DefaultView.aspx?id=NT411 .

Those ratings are easy to manipulate and it is striking that for some hospitals there seem to be two patient populations, one of overjoyed users who express themselves in clichés reminiscent of marketing department juniors, and another of highly dissatisfied people with detailed stories of poor service.

This NHS Choices website is the “AQP level playing field” on which the traditional NHS hospitals will be required to compete for their survival by winning patients through being chosen on NHS Choices by patients. The only way they can get money to pay for staff to provide services is by attracting sufficient patients to cover their costs through HRG payments (“health-related groups”, part of PBR copied from the US healthcare system). Since the private sector accepts only easy cases, the traditional NHS will make losses, which for the NHS budget as a whole, are the counterpart and consequence of the profits that cherry-picking “new providers” will be making.

Monitor has recently told the Health Select Committee of an arrangement they are making to allow such cherry-pickers to undercut the standard tariff on NHS services by agreement with CCGs/CSUs (commissioning support units, slated for privatisation soon, which will do most of the actual commissioning tasks on behalf of CCGs). This will enable the “new providers” to win tenders by competing on price. This option will not be available for traditional NHS hospitals, which are allowed to bid only at fixed tariff. Details here, Q104-108:

4.     Section 10 bans “anti-competitive behaviour”, which is never defined in this regulation, but in this context can only mean behaviour which breaks competition law. That means any behaviour which distorts markets by favouring, discriminating against or excluding some suppliers from the markets for arranging care.

In s10(1), the ban on “anti-competitive behaviour” is caveated with “which is against the interests of people who use healthcare services”. This sounds as though it solves the problem, until you discover that the discipline of competition law is based on the assumption that choice of providers invariably benefits patients.

This nebulous and unquantifiable “benefit” flows from the models of free market economics, itself based on assumptions never met in the real world. This advantage of competition to patients has never been demonstrated or measured; the recent attempts to do so cited by the government to support their statements that competition will benefit the NHS have been thoroughly debunked as poor science.

In fact because of “information asymmetry” between patient and doctor, the competitive market model based on consumer market theory is totally unsuited to healthcare: as we see in the USA, the result is soaring cost, exclusion from care, bankruptcies from medical bills and profit-driven over-treatment, e.g. here, from a US/UK hospital operator: http://www.nytimes.com/2012/08/07/business/hospital-chain-internal-reports-found-dubious-cardiac-work.html?pagewanted=all&_r=0

Because this “benefit” to patients from competition cannot be quantified, how much benefit to patients does it take to outweigh it? CCG commissioners will have to make an assessment on that position and then stake the future of the CCG on it. There is no relevant case law (none that has the status of legal precedent), and only past decisions of the Cooperation and Competition Panel to go guide us. The CCP, now brought within Monitor, cannot be expected to be neutral, even aside from the fact that the canon of competition law it enforces was designed by companies to bind governments and create rights for companies to make money. The CCP’s decisions are taken by economists and competition lawyers (no healthcare experience necessary), under the control of the chairman of a US health information systems corporation with NHS contracts: http://www.dailymail.co.uk/news/article-2109907/NHS-fairness-tsar-urged-quit-doctors-conflict-following-799-000-payment-U-S-private-health-giant.html

Note that the provision is asymmetric: commissioners are not permitted to refuse to use competitive markets for all their commissioning on the grounds that “it is against the interests of people who provide health care services”, although an excellent evidence-based argument could be made for commissioners taking such a position.

Section 10(2) says the same thing in a different way, just to be sure: there are no restrictions on competition allowed except where it can be established that they are necessary for patient health outcomes. This “necessary” sets a very high standard of proof.

Other provisions: integration of a 2012 competition law right

Section 12 covers the continuation of a 2012 rule allowing people on NHS waiting lists for elective treatment (typically non-emergency surgery such as hip replacement or cataract surgery) to opt to be treated at an alternative provider in order to speed their treatment up. As NHS hospitals are full and new private hospitals (and plenty of established ones) are relatively empty, this in practice seems likely to amount to a legal right to have NHS treatment in a private hospital in order to access it faster.

This may be very good news for individual patients stuck on lengthening waiting lists as NHS hospitals are closed down, but a far cheaper solution would be to have adequate capacity in the public sector so waiting lists could be cleared. That would necessitate spending the available budget on providing services not on setting up new market machinery, of course, and it has gradually emerged that the government’s priority is the latter not the former.

Running competitive markets is an expensive enterprise and there are far better uses for the scanty NHS budget, such as ensuring a sufficient staff of trained nurses to care for patients, or refusing NHS treatment to fewer patients: funds are already so tight some patients in the last year have been told that the NHS will pay for a cataract operation on only one eye.

1.    Section 13 allows Monitor to launch investigations into commissioners’ possible anti-competitive behaviour (favouring one type of provider in some way, discriminating against the private sector, not commissioning according to the tendering (s5) or AQP (s7) rules as applicable, etc) on its own initiative – s13(2) – or in response to a complaint – s13(1).

3.    Section 14 covers the penalties for “sufficiently serious” breaches of competition law; “sufficiently serious” is undefined. When it finds such breaches, Monitor can declare the conditions of “arrangements for the provisions of healthcare” void. It appears that this may mean that it can override the contracts that CCGs make, but it is unclear: the equivalence between “arrangements” and “contracts” is implied in these regulations but not spelt out. “Arrangements” aren’t defined, but it appears that agreements other than contracts, commissioning processes, and other matters could be covered here.

4.    In s15, Monitor is given various powers to compel CCGs to reorganise their activities and their “arrangements” to comply with the competition law provisions of these regulations.

NB most of them were written by Monitor’s competition economists.

No responses to “The irreversible process of privatisation of the NHS”