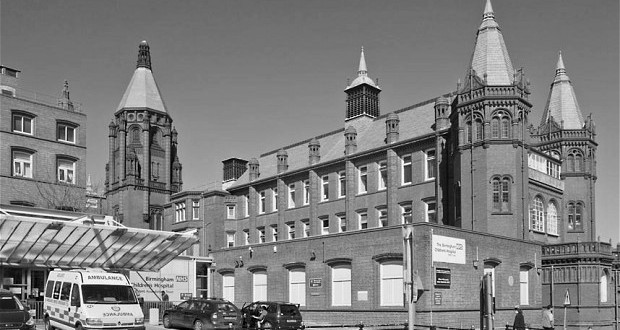 February 20, 2013 by Birmingham Against the Cuts

Posted in
Originally posted on Birmingham Against the Cuts

Since forming in the aftermath of the 2010 General Election, the Conservative/Liberal Democrat coalition government have presided over massive cuts in many departments. Welfare, education, health – it seems that nothing has been spared from the chop, all in the name of austerity and trying to bring the deficit down. Healthcare and benefits are two areas that have been cut a lot.

The NHS, although not perfect, is something that all bar the very rich use whenever they need an operation, medication, urgent medical attention or even if they feel they’re ill and need a diagnosis from their GP. If it wasn’t there, we would all miss it, but it seems that current government policy could see the gradual destruction of universal healthcare in Birmingham and beyond.

How Birmingham’s been affected

The second city is home to over one million people, while patients in Wolverhampton, Sutton Coldfield, Dudley and Walsall are also reliant on services here if they can’t get the necessary treatment in their local areas. Services for all people, especially children are among those most at risk of the chop, particularly at Birmingham Children’s Hospital.

News that the money provided by the City Council, are to slash the amount of money it gives to fund the hospital’s mental health services has come as a shock to all involved. The warning came from the hospital’s management, who also said that 30 jobs could go.

£1.4m is being sliced from the Children Hospital’s funding (p182) suggesting that the Council will stop at nothing to try and satisfy national government, but at what cost? Mental health services are very important, as over 1,000 children are reliant on it to help them get through a difficult period of their lives.

The scenes in Birmingham of savage cuts to healthcare budgets are being replicated across the UK. Vital services for everyone from cancer patients to children recovering from serious illnesses are being either pared down or culled completely which will come at the expense of staff losing their jobs and patients being forced to go without care or travel longer distances to a different hospital.

One issue that seems to be affecting patients more than most is the increasing amount of time they may face having to wait for attention in A&E departments. A large proportion of patients referred to A&E are being made to wait as long as four hours before they’re able to see a doctor or nurse.

The whole point of A&E services is that anyone forced to go there should be able to receive medical attention as soon as possible. However, reduced staff levels mean that more people are forced to bide their time until they get seen, which when seriously ill is the last thing any patient wants to go through.

As the second biggest city in the UK, Birmingham’s hospitals are susceptible to such horrors, but it doesn’t make it more acceptable. Rather than prioritising cutting debt, maybe the government should look at what austerity is doing to the NHS and realise that it’s a resource that needs all the help it can get to meet the needs of the city’s people.

Courtesy of Birmingham Against the Cuts