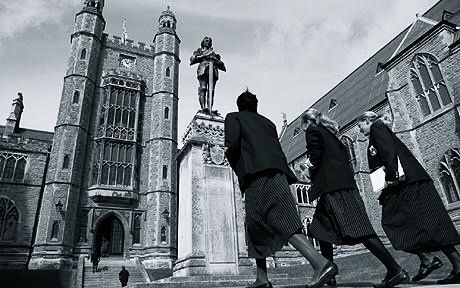 Posted in
Originally posted on Distant ramblings on the horizon

If we were to forget:-

Then we might be taken in by the idea that the excellence of many independent schools is due entirely to them hiring unqualified teachers.

As it is I think the purveyors of that particular idea would be best served in remembering that the people they are talking to aren’t completely stupid. The only stupid thing here is the idea that less qualified means more able. In what perverse Universe does that sound sensible?

Courtesy of Mike Cameron at Distant ramblings on the horizon

No responses to “Lest we forget”