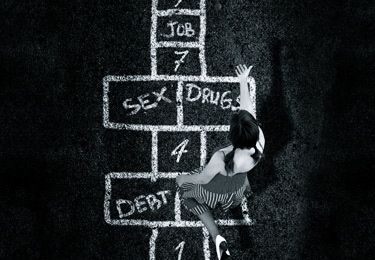 The value of working with emotional intelligence in schools

There is a lot of evidence to suggest that the end of KS3 is a tipping point for young people in terms of the outcomes they are likely to achieve as they grow into young adults.

Young people with low educational aspirations who have grown up in areas of deprivation and where they don’t have a faith are at significant risk of misusing alcohol and drugs at an early age and lead potentially damaged adult lives. There is further evidence to show however that school, after a secure family life, is the next single largest protective factor against young people becoming involved in destructive behaviours. The passage from KS3 into KS4 is particularly crucial as without a sense of purpose and focus for continuing in education this is the stage at which young people are most vulnerable to making alternative and less healthy choices for example truancy and its associated problems.

Therefore the longer that young people remain in school the better their chances of making positive, healthy transitions into young adulthood, further training, learning and work.

The value of core subjects cannot be underestimated and it is vital the young people achieve to and exceed their potential. But, school is also a place of learning in many other ways, and is equally a challenging environment demanding resilience, an ability to negotiate boundaries, authority and peer relationships. Within this context it affords a rich environment to support young people to build their emotional intelligence.

Research has shown that young people place a lot of value on Personal, Social and Health Education as part of their curriculum but they consistently say that delivery is variable both in regularity and content. They also say that the elements they find most useful are those that tackle and build their life-skills. This is further supported by approaches in Europe applying the ‘Comprehensive Social Influence’ model of education whereby an emphasis is placed on coping skills, assertiveness and self awareness as these skills have been shown to aid exponentially improved transitions through school  into further education, training and work.

The vein of gold running throughout is improved Emotional Intelligence which helps young people to build their skills as shown below:

Developed Emotional Intelligence will enable young people to navigate their time at school and further as they grow into young adults embarking on further training and work. But, perhaps most importantly these improved skills if facilitated in an engaging and stimulating way will directly impact on motivation to learn and to remain in school. Thus reducing the likelihood of diminished educational aspirations, truancy and associated risky behaviours.

Building EI into the the curriculum will improve the achievement and attainment of pupils through equipping them with the skills and strategic insight to negotiate their learning journey.

A proven model of this in practice is Future U which, as an evidence based programme, illustrates the retention of, and education data improvements made by vulnerable young people in a South London school. It has shown improved attendance, a significant reduction in fixed term exclusions and demonstrable examples of those participants contributing more positively to the school community with a greater sense of belonging.

Courtesy of Simon Claridge at The Youth Sector Blog Site