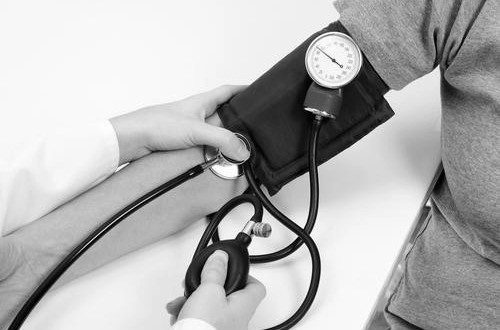 Here’s our round-up of frontline blogs we’ve particularly liked from the week of 22nd April 2013. This week: the frontline under pressure.

“I am an average GP. I work 8 clinical sessions a week, and two educational sessions. I arrive at work at 7.45 in the morning. I leave any time between 6.30 (quiet day) and 8.30 pm (busy day). I am allowed 6 weeks holiday a year. Jeremy Hunt in an MP. The chamber of the house does not usually start sitting till the afternoon. Often there is as little as 5% of elected MPs sitting in the chamber. They have other responsibilities. They only have around 20 weeks a year holiday in recess. The comparison is significant. Today I learn, to my chagrin, that the crisis in Accident and Emergency Care is all my fault. I did it, and people will die because of me.”

Instead, The Jobbing Doctor traced the problem back to the renegotiation of the GP contract, and the subsequent running-down of the service: “No Jeremy, it is the fault of successive Governments, their special advisers, and the Department of Health (the worst Department in Whitehall). You lot made this mess, you fix it. If you want our help, then try talking to us and asking for proper professional advice. Nicely.”

After reading an article in Police Oracle, Nathan Constable returned to the subject of the pressures on police officers of having to deal with mental health issues:

“I have discussed the need for legislative change here and elsewhere which will allow officers to take decisive action in these circumstances but it is slow to happen. These calls happen every day in every station in every force in the country. It is not confined to one area – it is a national problem. Not only is it a national problem but it is getting worse not better. We now have evidence of NHS managers deliberately deflecting demand towards the police as their budgets constrict. As the Police Oracle article says – it has been a year since the Home Secretary announced that the police were spending too much time dealing with mental health issues and that something was going to be done. Is there any evidence of this at the sharp end twelve months later?”

(The answer, according to Nathan Constable, is ‘no’).

“I think that I am in a majority when I say that there are still too few Police Officers on the streets of England and Wales to do the job expected of us in safety and with efficiency. There are a number of solutions to this problem, but Avon and Somerset Chief Constable, Nick Gargan, is being reportedly asked to consider one of the most controversial changes to the structure of Policing since the introduction of PCSO’s more than a decade ago. That question is whether he should give his authority for PCSOs in the county the power to arrest offenders alongside their Officer colleagues.”

While describing himself as a firm advocate of the PCSO role in its current format, Minimum Cover argued that:

“These officers have the time and skills to do work that wouldn’t get done properly – if at all, if it were added to the workload of officers on response teams. Their work may not always as glamorous and high profile as the blaze-of-glory stories of Policing recounted by those who have earned the right under the ‘rules of blah’. But it is often the work which has a more lasting effect. They are the anti-biotic that underpins (and normally outlasts) the sticking plasters dished out by the response team.”

“People will argue that every professional needs to consider their family but they don’t all leave their jobs – what makes teachers different? Simple: our job’s lack of flexibility. Unlike most other parents or partners we can’t take an afternoon off to attend a school play, we can’t go on an inexpensive mid-September break to Spain with our partners, we miss out on family weddings and reunions and funerals – all of which are deeply personal issues. One of the reasons why the 190 days are so fiercely protected is because it provides some flexibility for working with the other people in our family who are very often put slightly ajar during term-time.”

Confirming Laura’s analysis, primary special needs teacher ‘Sarah’ described a day in the life of a teacher, “in case Mr Gove is at all interested”:

“Adding it up, I make it a 9 hour day, plus 2 hours most evenings, plus 5 hours at weekends – that’s a 60 hour week. I get paid for 37, I think, if I’m not very much mistaken. So I kind of think that the longer holidays make up for it slightly – if it were spread evenly it would be about right. I have never really been bothered about striking for pay or pensions or any of that type of thing. I don’t care about the money (as long as I get enough to pay the bills I’m happy), I love the children and the job. …But this latest suggestion about extending the school day and school term times? Ridiculous – and I would strike over it.”

Sarah noted that teachers need the ‘after hours’ to complete their assessment, preparation, and ‘general sorting out’ - and the holiday hours to recover from the ‘crazy schedule’ that they work during term time. As Sarah put it: “I already feel guilty that my own family suffer as a result of me working full time, if I had to work fuller time I don’t know how I’d do it. Well, I wouldn’t, I would have to leave. The till at Sainsbury’s would seem like a good option, I think.”

Sometimes it’s the little things (and people) that keep teachers going, as recounted by The Musings of a Head Teacher:

“Things at school have been unbelievably busy it feels like I hardly have time to breathe. There are so many major things that I have to lead and manage or be part of on behalf of the school at the moment that I hardly know where to start half the time. I hate the way that these things pull me away from the learning and the children. …There is the nightmare of ensuring that I have enough teachers to teach the classes in September. Recruitment into schools like mine is very hard. People simply don’t want to work in a school that has so many challenges unless they are exceptional and sadly there don’t seem to be many of those locally. Keeping me sane is the fact that I am having lunch with the children from the support group every day…”

Jon Rogers on Jon’s Union Blog reflected the mood of many at the frontline in his reaction to the final pay offer of 1% for more than a million local government workers in England, Wales and Northern Ireland:

“The 1% offer - equivalent to the offer which has just been decisively rejected in a consultative ballot by Scottish local government workers - is barely even worth considering. If we bend the knee, without a fight, and swallow a below-inflation pay rise after three years of pay freeze we will do our members and our union an injustice. For our members (us!) - we cannot afford a continuing decline in our living standards in a country which (according to the Sunday Times “rich list”) now boasts 88 billionaires. Our members are often now failing to make ends meet, and payday loans are increasingly a feature of everyday life. We may, of course, fight for more and fail - but we will only fail our members if we fail even to fight.”

Finally, getting to the root of the issue, former police officer Mike Ledwidge’s much-praised post (and full-page advert in The Guardian) set out ‘Why it has all gone wrong within our Public Services‘. Mike argued that the problem goes back to the Thatcher years, and three assumptions from that era that have driven how successive governments have treated public services:

According to Mike, this has created an environment of threats and bullying:

“Altruism, and the willingness to take poor pay in our public services for doing a well respected job, with a good pension, has been completely denigrated. …We are heading towards public services run by people who can only manage by bullying, threats, or by dangling carrots. Public servants will continue to be treated as if they are on a factory floor, as supposedly self interested, work shy, employees. Many good people with a vocational bent, or a desire to ‘make a difference’ have, or will do something else, or work abroad where they are appreciated.”

No responses to “Frontline Friday round-up 26th April 2013: Under pressure”