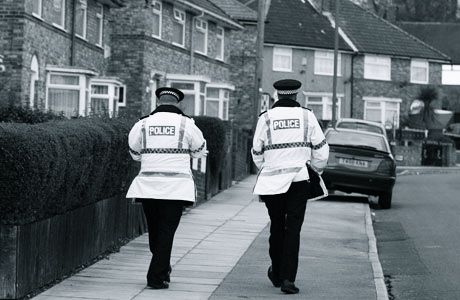 Posted in
Originally posted on The Custody Record

I’m currently reading Bad Science by Ben Goldacre. It’s a fascinating read about how drug companies, nutritionists, homeopathy “experts” along with questionable research big up the positives and play down the negatives to support their objectives.

He discusses how some people have gained recognition from the media as “experts” when in many cases they have little to no qualifications whatsoever. It seems that Big Pharma, as he calls it, is very skilled at manipulating data to say what they want it to say. More worrying is that they are also extremely skilled at manipulating you and me. Worst of all is that in many cases we actually believe them.

Since the start of the police cuts the Federation were quick to agree that some streamlining in forces and cooperation between them could lead to savings. It is always good policy to periodically review your income and expenditure to ensure your £’s are working as hard as they can for you. This applies to both industry, public sector and your household.

What happened though was that claims that the service could enact savings of 12% without impacting on service delivery were ignored by the government and they pushed ahead with a 20% requirement. Forced with no option but to comply, forces find themselves struggling to meet the target. Yet throughout the while process many Chief Constables, the Govt and now Police and Crime Commissioners have said they can still achieve the cuts without affecting frontline services.

I’m no mathematician or economist. I think in simple terms about money. Income and expenditure. In a household budget you can make savings by purchasing cheaper brands. You can cut down your fuel use and you can forego some of those little extras. These will generally mean that you are fed, clothed and have a roof over your head. You can’t cut so far without drastically affecting your health or well being.

If you were asked, what would your household essentials be? Everyone’s list will be different. As an example lets say that the ability to get to work to earn, your home, the ability to feed yourself and your family, heat your home and childcare arrangements so that you can work may form part of a person’s list. Could you still achieve these essentials with a 12% cut in your income? How about if you stretched it to 20%?

The fact remains that economising is good and achievable. Savings can be made but how far can you push it before you have to turn the heating off, the cupboards are empty of food or the nursery won’t accept your child because you are behind on your payments? You can kid yourself that cuts will not affect your essential services but sooner or later they will.

Policing is no different. The Govt tell us that crime is falling. As a consequence we don’t need as many police officers. Cuts. They tell us that “reforms” ( they don’t use the word “cuts”) will not affect frontline policing but don’t clearly define what “frontline” actually is. If you don’t have a clearly defined parameter from which to measure how any loss in officer numbers will affect service provision then any conclusions drawn are fallible. The Govt are not alone though. Chief Constables have peddled this misinformation and now Police and Crime Commissioners are doing the same.

In recent years police forces have had to implement PCSO’s. Their role was to be out on foot with their communities. They were a public reassurance model and a conduit of communication between the community and their police officers. The net effect was that PCSO’s walked the street looking for all intents and purposes like police officers and the actual police officers were distanced from the community. They now drive around in liveried vehicles and more and more are diverted from their primary role to assist with errands and minor police officer duties.

Every force in the country is actively recruiting specials. Some PCC’s have said they plan to massively increase special numbers and have one in every town and village. I cannot take away the good work both these roles do (I was a special myself many years ago) but does it not say to you that forces and PCC’s are looking at cheaper and cheaper options to maintain uniformed numbers? It does to me. However, without the training and full time policing experience of a constable you are not getting the same product or service for your money. This is leaving us wide open to operational issues. When Chief Constables reach to the cupboard to draw on officers to deal with an incident there will be none… or less there.

Yet amongst all this the claims that frontline services will not be affected carries on. One could be led to believe from some statements from PCC’s that the situation is actually going to improve.

Officers are more frequently being assaulted and attacked. The recent incident in Solihull is a great example of how ever good we think we are, risk assessments and officer safety are going astray. It would be wrong to comment further on that particular case but more and more frequently officers are being asked to perform duties on their own where the risks are ignored by supervising and senior officers. You only have to ask how many officers transport their own arrests in a car and then consider the death of PC Joe Carroll in Northumberland and wonder what we are playing at?

The fact remains that a diet of misinformation, accompanied by bigging up the positives and playing down the negatives of police reform is clouding the real issues. The police service is being pulled apart from within. Officer numbers are being reduced and replaced with non paid volunteers with less qualifications and experience. Starting pay for new recruits is dropped to £19k. Direct entry at Supt level is coming for those with no police experience at all but what are deemed to be “transferable skills”. I’m convinced that short term contracts and redundancy are just around the corner.

We are told that the office of constable is the bedrock of British policing and that will not change. I don’t believe the Govt when they tell us this. I fear they will continue to peddle their spin and many of us, like with Big Pharma, will continue to be duped by it. Obfuscation. By the time the office of constable is gone nobody will be able to recall what it was anyway.

Courtesy of the Custody Sgt via The Custody Record

No responses to “Obfuscation”