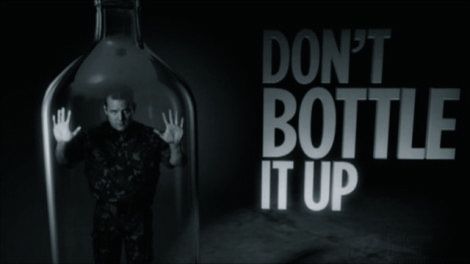 There are various things going on at the moment that got me thinking about male mental health.  Here are a range of different issues that have hit my radar over the last few years:

1.  We know that around 75% of suicides are men – we also know that men are less likely to seek help when they need it.  There are further, particular vulnerabilities within this: a report by the Samaritans found that middle-aged men, from lower socio-economic groups are more likely to be affected.

2.  We know that the criminal justice system can cause mental health problems – and that those who suffer mental health disorders are over-represented within the prison system.  So whatever the correlation / causation relationship: criminal justice incarceration is a discussion about male mental illness (amongst other important things).

3.  We recently saw an episode of Panorama called “Broken by Battle“- this was previewed against the headline that more soldiers and veterans have died by suicide than following attack by the Taliban.  Obviously, our Armed Forces are overwhelmingly male and we see an over-representation of veterans in the prison and criminal justice systems, linking back to issue number 2.

4.  Male Mental Health was the specific focus of the Mens’ Health Week – highlighting many of these issues and showing that male mental health is a core health issue, affecting millions of men in the UK and around the world.

5.  Across the whole lifespan, men are at greater risk from almost all major illnesses and injury – yet often male health services and the funding of research into male health issues is often at a disadvantage.  For example, the Mental Health Foundation report that 72% of people receiving treatment for depression are female.  Correlate that with the figure that 75% of people dying by suicide are men.

We’ve recently learned some more things, that cast light into the lives of young people in the area of male mental health:

Queen Mary, University of London last week published research led by Professor Jeremy COID, professor of forensic psychiatry, that the relationship between violent gang membership and the prevalence of psychiatric illness is insufficiently understood and significantly under-estimated.  The report showed that 85% of (the predominantly male) gang members suffer from anti-social personality disorder, that two-thirds of gang members were alcohol dependent and one half were drug dependent.  The sample of thousands of young men highlighted far higher incidence of psychosis than in equivalent populations.

There has been public discussion recently about domestic abuse.  I know that recently, in some reviews of the mental health histories of offenders in domestic homicides, almost half of them have been offenders who were “open to services” prior to the incident.

I know we know this:  boys and young men are exposed to environment after environment that increases the likelihood that they will experience anxiety, depression and will turn to substance use as a coping mechanism whilst feeling they cannot access help or shouldn’t need to.  Whether through gang membership, service to their country and / or being embroiled in the criminal justice system we’ve built a culture where those most at risk from conditions which rank high on the World Health Organisations burden of disease are less likely to ask for and in some situations get, the cultural, social and therapeutic support they may need.  I do wonder about the further impact upon all of this that will occur as ever greater numbers of children are born into a circumstance where they have no significant male role model – actually, I wonder about the whole construct of masculinity that we seem to propagate here.

I’m not putting forward any kind of academic argument:  I’m just lumping together a load of things that recently struck me as being connected, correlated and causative – we are not adequately taking care of male mental health consequences of the way we run our society and that we need awareness raising campaigns, that we welcome intimate disclosures from celebrities because it shows it’s OK to be open; and that we are learning all the time about how little we know about this all …. just shows how much work there is to do.

For more information and for help and support, consider the following resources.

Courtesy of Insp Michael Brown at the Mental Health Cop

No responses to “Male mental health”