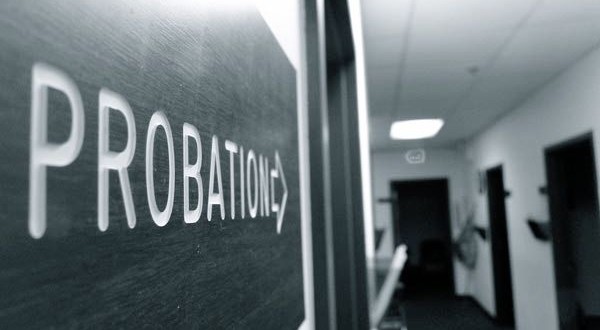 Somewhere in the answer from the Parole Board ordering my release there is a slightly woeful passage pointing out that my Probation Officer will have their work cut out. It seems that I am “challenging”. Not that this is related to risk, the Board pointed out, but still – hard work to deal with.

You won’t be surprised when I revealed that I am no great friend of the Probation Service. Each week I have to take half a day to trek to my nearest office and spill my gits to my State appointed keepers. It is not a situation I enjoy. And the purpose of this? It is politics, PR. For there is not a shred of evidence that supervising Lifers in the community has reduced our reoffending rate one iota. Zilch.

So when I am asked to sign a petition opposing the Government’s proposals to privatise the heart of the Probation service, I had a cynical chuckle. There was even a moment when I was in discussion with one of the private companies intending to bid for Probation contracts. Welcome to the Dark Side…..

But I am, I hope, more reflective than that. Just because the Probation Service is the political tool used to molify an aggressively anti-prisoner public doesn’t necessarily mean that the Probation Service is utterly useless. Dealing with Lifers is a miniscule portion of its workload and it would be cowardly of me to condemn the whole edifice due to my views of their relationship with me and my peers.

The Government proposes to put up for auction the majority of probation work, that is with criminals who are not assessed as being “high risk”. Amongst others, G4S is interested in these contracts.

My – improbable, maybe – objection to this is that the Probation Service has met every target set by Government to reduce reoffending. Indeed, it is a fact that the reoffending rate for those under supervision is the lowest level ever.

I hold no brief for Government and its bureaucracies. As a general proposition, I think Government can screw anything up. And yet the Probation Service is not merely performing well, it is possibly one of the best performing public services.

In planning to break up this service and sell it, the Government is acting out of pure ideology. There is no evidence whatever that the private sector can do as well, let alone better. Indeed, the discussions I was in with the private sector revealed that they hadn’t any clue how to even begin to do the job of probation.

In their ideological frenzy, the Government has blown its cover. If it had the slightest interest in reducing reoffending and protecting the public, it would allow all qualified parties to bed for future contracts. But, and this is the tipping point for me, the Government is barring Probation Trusts from even bidding for the work. The only people with any expertise in this work are being specifically forbidden from being involved in it.

I love change, I revel in innovation. These are qualities that the private sector excel. But the are attitudes, not areas of specific expertise in themselves. Allowing the private sector to bring some of its methodologies and attitudes into the efforts to reduce reoffending may well be a good idea. Yet the way the Government is about to destroy the body into which the private sector can inject its expertise.

Reducing crime is an interesting and often hypnotic political mantra. After all, who could disagree with that aim? And yet there is the temptation for policy makers to forget that every point on their charts, every number on their tables of data actually represents genuine and individual suffering. Crime is not an aggregate for politicians to toy with and manipulate, it is the collective pain of individual victims.

And the danger is, thanks to Chris Grayling, that when the laments of these victims to cut crime are wailed into the air in the hope of some genuine understanding and purposeful response, the people who respond will not be the successful dedicated specialists who have been labouring at this effort for a lifetime. Instead, the door will be opened by an underpaid, undertrained private sector worker who will be as concerned with cutting costs as cutting crime.

No responses to “The probation thing”