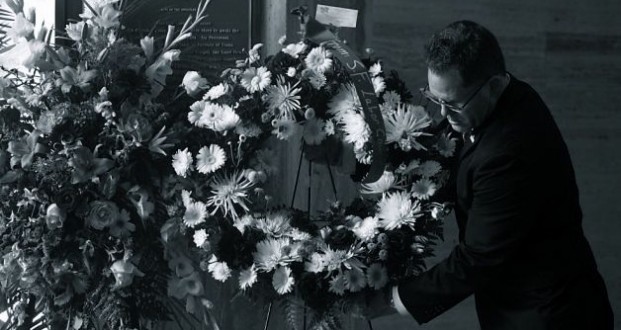 I’ve attended a few wake’s in my time and although always highly emotional, there’s normally a laugh or two involved as we fondly remember the life of the departed. This one was different though for several reasons. It was dry, there was no food and the deceased was still with us, just. I didn’t hear anyone laughing either.

Of course officially it wasn’t a wake, it was a ‘consultation’ event, organised by the Ministry of Justice, but it bloody well felt like a wake as the duly gathered participants eagerly set about the task of picking over the bones of the Probation Service in just four hours. We were told there was no point in questioning the basic ethos of privatising the service. Ministers had decided and it was now the role of the civil servants to deliver.

Although obviously very capable, it was hardly encouraging to learn that both NOMS officials have backgrounds in the Prison Service and know little of probation. But then as has been said many times before, probation was effectively taken over by the prison service when NOMS was created in the first place.

As the event wore on and animated discussion developed, it became increasingly apparent just how ill-thought out these proposals are and how it is a disaster in the making. Now clearly I’m biased and cannot be said to be coming with an open mind, but I did find it fascinating to watch the mood change as each aspect of the daft plan was dissected, only to be left with hundreds of unanswered questions hanging in the air. Problems that will need sorting in order to try and make a silk purse out of this obvious sow’s ear. These civil servants struck me as genuinely wanting some help with their task!

No matter what aspect was addressed, be it public protection, contract design, supply chain or local partnerships, there were more questions than answers. More problems than obvious solutions. Well this is a consultation exercise so maybe that shouldn’t be that surprising? But despite the bullishness of some participants, I could sense a mood of thoughtfulness developing in some quarters that could be summarised as ’we like the idea of making some money, but this is a bloody stupid idea.’ Does it really make sense to try and design a system of working with people that is going to be an accounting and administrative nightmare?

Mostly from charitable and other third sector organisations hoping to get a ‘slice of the action’, I found the experience profoundly unsettling, not to say unseemly. I left the event feeling extremely ‘uncharitable’ towards some organisations intent on getting involved and to be honest secretly hoping that they all get their fingers well and truly burnt in the process. In fact just like many have following their seduction into the DWP’s ‘Work Programme’.

I was told some charities had gone out of business as a result of having been well and truly ‘shafted’ by the big contractors and others like St Mungo’s will have nothing to do with it. Will it happen again? Yes of course it will - this is all about money after all, not rehabilitation.

No responses to “The wake”