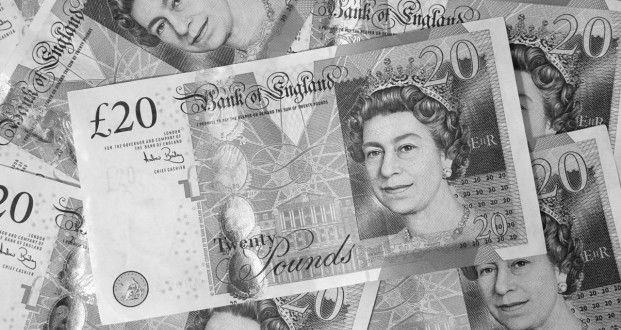 What about the money?

As we know, PbR is the new wonder answer to delivering public services. The sort of wheeze that comes out of the same stable whence came the Private Finance Initiative or ‘quantative easing’ even where wonga was literally conjured out of thin air. All examples of creative accounting which in their various ways are the modern day forlorn attempts at the age-old business of alchemy, turning lead into gold. Almost completely untested, unproved and utterly discredited in terms of the Work Programme, PbR is nevertheless going to be rolled out in order to finance the whole ‘Rehabilitation Revolution.’

If a bit more evidence were needed about how PbR is not delivering in terms of the Work Programme, but making the contractors rich, I would suggest that last nights BBC1 Panorama investigation ‘The Great Disability Scam’ would reward 30 minutes of your time on i-player. Yet another supposedly top performing prime contractor ‘Triage’ was featured indulging in all the classic ‘creaming and parking’ practices at their branch in Southampton.

Whilst I would be the first to acknowledge that finding suitable employment for some Employment Support Allowance clients is near impossible, I was shocked to see how the blind woman featured in the programme had been ‘parked’ when I would assess her as being eminently employable. It was also shocking to hear from the RNIB that, despite being an official Work Programme partner, they hadn’t had a single referral.

It’s all about the money you see. Not worth spending time on very difficult cases, no matter what the rewards might be. Better to concentrate on the ‘job ready’, and although worth less of a ‘bounty’, at least you get paid something. It’s also not worth referring on to specialist charities and have to pay them. Better to keep all the cash in-house. The programme contains yet more damning evidence that charities were indeed used in an utterly cynical way merely as ‘bid candy’ in order to get the contract in the first place from the DWP.

Before leaving the subject of ‘Triage’ I couldn’t help feeling it was a bit of a strange name for its accountancy founder Kate Carnegie to choose as a Work Programme provider. According to their website:- “The origin of the word triage stems from the old French noun meaning quality. Today it is used in military and healthcare arenas to prioritise need.”

Now I’d say that’s just putting a tad too much gloss on what wikipedia confirms as my understanding:- “Triage is the process of determining the priority of patients’ treatments based on the severity of their condition. This rations patient treatment efficiently when resources are insufficient for all to be treated immediately. The term comes from the verb trier, meaning to separate, sift, or select.” Oh errr - that sounds like a good description after all….

Now the whole point of this privatisation plan for probation is to save money, but as Russell Webster recently pointed out, ‘Can we afford the rehabilitation revolution?’

At last week’s CBI conference on PbR, many of the speakers from private industry and government made much of the differences between the two models with everyone agreeing that delivering successful outcomes in re-offending would be a more complex and challenging prospect than getting the long-term unemployed back into work.

One issue that didn’t come up was the difference between the two programmes in terms of cashable savings. PbR schemes are frequently about saving the government money by preventing expenditure (see Toby Eccles from Social Finance on why PbR schemes should be focused on prevention). “Cashable savings”  is a term which refers to improved public sector performance which results in more money in the government’s pocket. The savings from the Work Programme are immediately cashable. Anyone who is helped to find a job will immediately come off benefits and start paying National Insurance and Income Tax – a double reduction in government expenditure in the current year.

However, if 200 fewer offenders released from Peterborough Prison this year do not re-offend because of the impact of the ONE scheme, the prison won’t shut down or even close a wing. Nor will there be a need for less police officers, there will be plenty of other crimes for them to investigate and criminals for them to arrest. The fact that even highly performing PbR schemes won’t deliver cashable savings to the MoJ in the short to medium term brings me to what I see as a central challenge to Mr Grayling’s new plans:

Here are the three main challenges as I see them:

1. The overall justice budget is being cut (as it is for every government department to balance the deficit).

2. There will be new services to pay for as Mr Grayling passes legislation to ensure that the 50,000 short term prisoners who are released every year receive support and supervision.

3. If there are no cashable savings to be made from reducing re-offending in the short-medium term, will the Ministry of Justice be able to make the new PbR contracts attractive enough to new providers?

It all comes down to the money in the end. The government is scared witless that those nasty big boys like G4S and Serco with their clever accountants will rob us all blind. On the other hand the contracts have got to be attractive enough for them to bid, or the whole shambles comes crashing down before it can even get off the ground, so to speak.

In the process it might just end up costing us more, certainly in the short term, and with no guarantees it will work in reducing reoffending because the trials were scrapped and the limited evidence from Peterborough etc is inconclusive at best. You begin to get the feeling that this is all being brought in on a ‘wing and a prayer’, if not sketched on the back of a fag packet. Maybe it might prove a mistake to have accountants running things after all.

Courtesy of Jim Brown via On Probation Blog

No responses to “What about the money?”