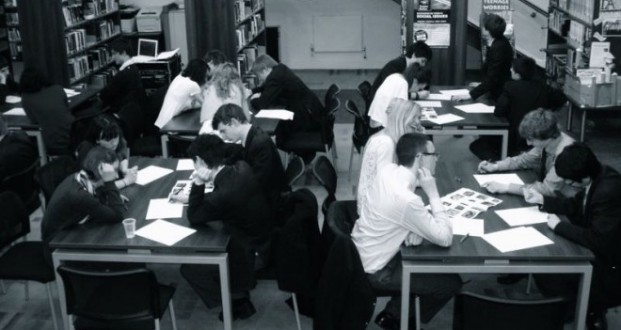 With schools taking a vacation from the National Curriculum and a renewed focus on traditional ‘academic’ subjects, many schools have already laughed subjects like Sex Education off their teaching roster. “Teaching about condoms?” they say, “Ha! How quaint. These days we teach about real things like romantic poetry and royal history”.

Except, however quaint it might seem, sex matters to young people and positive role models are depressingly rare.

Blogger @redorgreenpen yesterday tweeted an article about the game “Nervous” where girls are encouraged to let boys trail fingers under their skirts until the girl flinches – thus revealing her “nervous” point. The game is not new. It was known by this name among my own school friends, though as a tomboy I heard more of the boys’ side than the girls, and frankly many of them disliked being pressured into doing it too (after all, the presumption was that they had no “nervous” point – a fairly awful situation also). Hence, this is a human rather than “feminist” issue. What we saw as a game, however, was subtly affirming implicit messages about power, consent, and of “going further” as being equal to “winning”, and there was simply no room for conversation about any unease we felt nor any clear way of getting out of it unless you had the fortune of having boyfriend which meant you were ‘off-the-table’, so to speak. It is only now that I flinch about the message that portrays of girls as property – at the time I doubt I’d have thought anything of it.

Worries about messages like these meant that the first article I ever wrote for LKMCo was about the topic of sex education. It was about an in-depth year 11 programme covering a wide range of topics with the skilled help of external professionals long since bonfired in Coalition cuts. Much of what I taught the students were questions new even to me: What exactly is the HPV Vaccine? Why is it needed? Where can you touch on another person’s body without asking? (there is somewhere!) What is the difference between sexual assault and sexual harassment? Can you text your friend a pornographic picture?  Important questions that all too often get ignored.

The biggest concern arising from that programme was the lack of confidence young people had about their ability to take charge of their sexual activities. A girl once asked: “Why are you telling us this? The boys will do what they want to us anyway”. The idea that anyone could ever be unhappy about sex was also never mentioned. If anything we were supposed to talk about sex as if it were perfunctory, inevitable, and that you would neither be happy or nor unhappy about. It was as if it would just happen.

That led me to write at the time:

Do students need to know more than the ‘basic facts’?  After all, what skills does a sexually well-educated person need? By 15 all students are aware of what sex is, so what else am I trying to teach them?

At the beginning of the 12-weeks I share intentions for the programme. Firstly, given that students will – at some point – have sex, there are several risks they need to think about so they can plan to avoid them. Secondly, they need to find a language to talk about sex so that if things go wrong they know where to get support and how to talk about it. In my mind it is vital that young people understand there are boundaries in sex and that if broken you can find the right sort of help. In each of the years I taught this programme at least one student has later revealed how they came to be in a situation where they were forced into sex. Yet many hadn’t realised this was unacceptable, or that they could do anything about it.

All people should also know where they can access contraception, medical clinics and legal protection – this programme aims to begin that path.  But just knowing things does not equate to being able to do them. So, we focus on two practical skills. Firstly, making decisions about and using contraception or abstinence. Secondly, we focus on obtaining and evaluating information – e.g. making a clinic visit or balancing online information.

Even after several years of thinking this through, the answers weren’t complete but we were starting to get it right. Since then, with the refocus of the curriculum, much of this hard work (not just in our school, but many) has been washed away. This is a potentially disasterous step back. If we never teach it, or if all we do is worry about the facts, and never build the skills of confidence, then students will instead continue developing them through games like “Nervous” which only reinforce destructive ideas of passivity or force.

We can do better than that. And we must.

No responses to “Why sex education matters to “nervous” young people”